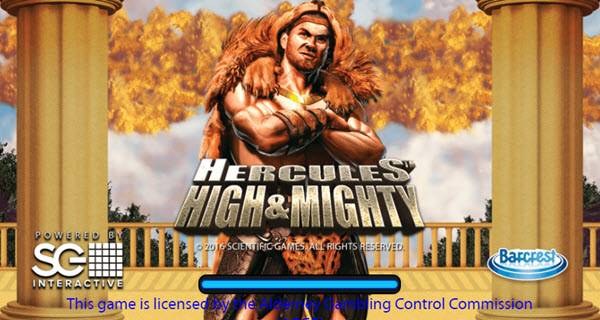 If you have a penchant for Roman mythology themed online slots then Hercules High & Mighty slot game can be a very interesting option. This five reels and hundred paylines slot game was developed and designed by Barcrest which is a UK based company and a subsidiary of Scientific Games since 2011.

The storyline of this game revolves around the famous roman demigod named Hercules. This character is considered as a version of Heracles, son of Zeus and Alcmene. Hercules as per Greek mythology was known for his super strength and the adventures listed under Twelve Labours in Bibliotheca.

Recently this character was played by Dwayne Johnson in 2014 Hollywood 3D action, fantasy flick of the same name called “Hercules”. Even before this super hit movie there were many other movies and animations based on the adventures of Hercules. This mass popularity of the demigod makes it inevitable that there must be a game dedicated to him thus this slot by Barcrest named Hercules High & Mighty.

Hercules High & Mighty slot game comes with a fixed jackpot of 250x along with the other usual features which include auto play, bonus rounds, scatters, free spins, wild symbols and gambling option.

The high paying symbols of this game include Zeus, Alcmene, Pegasus, Nemean Lion, Lernaean Hydra and Cerberus with three canine heads. The other low ranking symbols are in the form of four colors from deck of cards such as a diamond, a heart, a spade and a club. Zeus provides the biggest payout in this game in the following ways

The least paying symbols of this game are the four colors from the deck of cards with the highest payout of 50 coins and least payout of 3 coins. 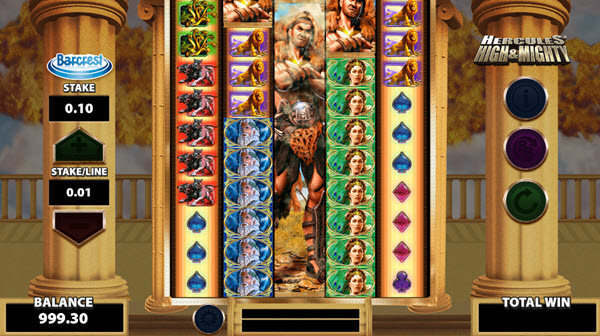 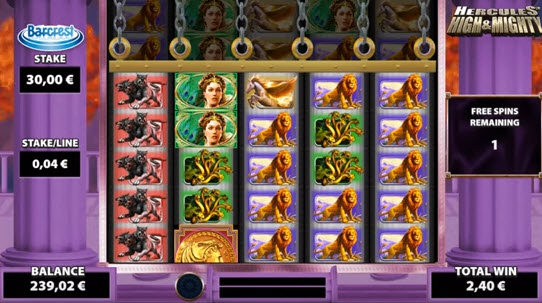 More free spins can get activated in this bonus round if three or more scatter symbols land anywhere on the reels during the free spins.